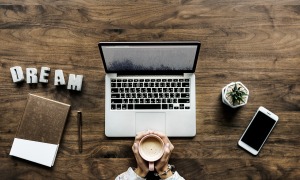 June 29, 2007, is when the first iPhone was released.  Yes!  And, we have not been the same since.  For one thing, so many mobile phones have been created/released. Many of us wonder, what did we do before the mobile device revolution. 24 hours a day we can be connected to an Internet universe, live vicariously via YouTube, and various Apps.  How can we control being ‘wired’ all the time?

When my son was a youngster I occasionally suggested that he take a ‘time out’ to have him calm down, in the event the behavior he was exhibiting was not desirable.  This was not something that was looked on by him as a ‘good’ thing.  Flash forward, and it seems that it was not all that bad an idea.  There’s a conversation going on about appreciating stillness; savoring moments away from the computer, email, and mobile device madness, which can keep many of us “plugged in” 24 hours a day.  Not good!

I searched around to find some tools that could help us, in the event we just can’t tear ourselves away from those cute little toys :). Here is what I found: Moment, which is an iOS app that keeps track of how much you’re using your phone. There is also Moment Family, that allows you to monitor the entire family from your phone. Samsung user can use ‘Thrive Mode‘, which gives you the option of creating at VIP list, which disallows being interrupted by calls and texts from those not on the list. END_OF_DOCUMENT_TOKEN_TO_BE_REPLACED